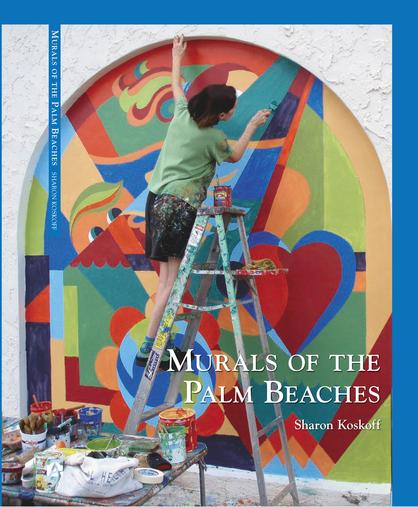 ART IN THE ALLEY FEATURED IN MURALS OF THE PALM BEACHES

Creative minds collaborating in the community

After 3 years of Darkness...

Renaissance in the Alley 2023... the Rebirth of Creativity!​

Murals of the Palm Beaches....Back Cover

Palm Beach County is known for its affluence and profusion of art and culture. Artists have produced fine-art murals from the Depression Era to the present. The Society of Four Arts, the Norton Museum of Art, the Flagler Museum and the Boca Raton Museum of Art, all display mural installations. Historic, decorative and educational murals can be found on public school buildings, nonprofit institutions, commercial spaces and large-scale landmarks, such as the South County Courthouse. Art can be temporary, as revealed on canvases at the Cornell Art Museum at Old School Square, or permanent, as the ceramic-tiled wall of the Boca Express Train Museum. Murals of the Palm Beaches exposes

Art in the Alley, a hidden community project, and remembers the masterpieces painted at the Palm Beach International Airport terminals, now demolished. Despite facing physical and political obstacles, the pioneers of public art in the Palm Beaches have paved the way for our graffiti-styled street artists of today.

Author Sharon Koskoff is a public mural artist, designer, educator, community organizer and preservationist. The Cultural Council awarded Sharon with the Ellen Liman Arts Educator Muse Award of Excellence in 2014. She is the founding president of the

Art Deco Society of the Palm Beaches. Koskoff wrote her first book, Art Deco of the

Palm Beaches, for Arcadia Publications in 2007.

Arcadia’s Images of America series celebrates the history of neighborhoods, towns, and cities across the country. Using archival photographs, each title presents the distinctive stories from the past that shape the character of the community today. Arcadia is proud to play a part in the preservation of local heritage, making history available to all.